WE ARE NOW FULLY MOBILE
We are following Government guidelines with ref to Covid19, all cars disinfected before & after we work on them, strict social distancing.

WE ARE OPEN
Fully COVID-19 compliant all cars disinfected before and after work undertaken!

WE ARE NOW FULLY MOBILE
We are following Government guidelines with ref to Covid19, all cars disinfected before & after we work on them, strict social distancing.

We are now fully mobile! so we can come to you – we are following all Government guidelines with regards to COVID-19 too. Plus still well placed for the M4 motorway and the towns of Reading, Newbury and Swindon.

In a nut-shell, here’s what our team can do for you:

Our aim is to provide a genuinely friendly, efficient, high quality service and ensure value for money each and every time you visit.

Read what our customers say about us or find out more about the team.

I am writing to say how impressed we were during both of our quite expensive transactions with you.

It is true that the cylinder head repair ran on for a bit, as more specialist services became involved, but at every stage my wife and I felt we were being given sound, knowledgeable, and honest advice.. Against other quotes, your prices appeared very reasonable.

We would not hesitate to recommend you to others. Both you and James gave us good service.

we were being given sound, knowledgeable, and honest advice..

I bought a fairly high end 1 year old Volvo V40 from a main dealer in Newbury recently. After a few days, I reversed into a parking space but noticed there were no beeping sounds from the rear sensors. I spoke to the dealer who told me that none were fitted but they could do so for £500 (rear only)! I searched the net and found that a well-known motor accessories and bike retailer offered a much cheaper option but on speaking to them I found they no longer did this.

What they did do however was mention AMJ Auto services as a possibility.

I went to see them in Thatcham and found that parking sensors are one of their many specialities. Their quotation was very reasonable and I gave them the go ahead. This has proved one of the best motoring decisions I have made in many years of driving.

They are a very friendly bunch, they gave clear details of the options, they did a great job and above all else their price was much, much lower than the Volvo dealer.

In a wider context, AMJ is just the sort of Company I like to deal with – fair, honest, professional, very good value and they make you feel like your business is appreciated – unlike many of their much bigger competitors.
Companies like this are the backbone of this Country and I have no hesitation in recommending them and wishing them every success in the future.
Steve Tresadern, 16 March 2017.

More Testimonials can be read here 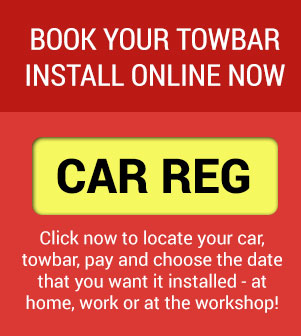 Why use AMJ Auto Services

We hope our website has given you a good feel for the many services we offer.

Please get in touch and we’ll do our very best to provide cost-effective solutions and a friendly, honest service.

Scroll back to top